Fighting Fantasy books are predominantly, well, fantasy. The Warlock of Firetop Mountain, Beneath Nightmare Castle, Crypt of the Sorcerer, Master of Chaos, The Keep of the Lich-Lord, Legend of the Shadow Warriors - there's very little doubt as to what genre these titles belong to. The series has occasionally diverged into other settings - over the series' 35-year history there have been two horror stories with a contemporary setting (House of Hell and Blood of the Zombies), a superhero tale (Appointment with F.E.A.R.) and the post-apocalyptic Mad Max-esque Freeway Fighter. But the most notable setting apart from high fantasy is science fiction, which was the setting for seven of the first 33 books in the series. These generally seem to be less well remembered than the rest of the series, and in fact the range's last stab at a science fiction entry was purportedly so negatively received that it completely killed off the idea of any more experiments, with every entry in the series' original run after that coming from the realm of high fantasy. But is this stigma totally deserved? Why not look at all seven sci-fi books from the series in the hope of finding out?

Read more »
Posted by Christopher Wickham on June 30, 2019 No comments: 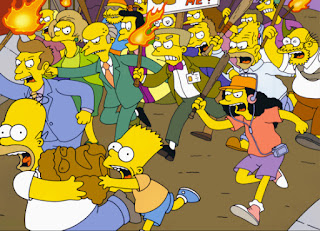 Remember this thing I wrote about the two alternate versions of the Simpsons episode "The Tell-Tale Head"? If not, you'd better go and read it right now, or what's under the break here won't make any sense.

Read more »
Posted by Christopher Wickham on June 23, 2019 No comments:

Long-term readers of the blog will no doubt be familiar by now with my ongoing quest to track down the 1991 CITV Diamond Brothers series. Here's the latest discovery: a rather nice promotional poster, tracked down here (follow the link for a bigger, better-quality version). 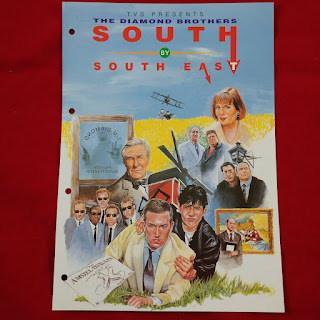 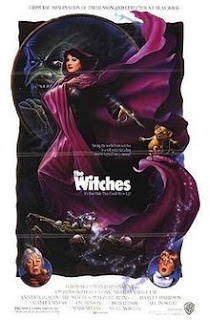 The 1990 film of Roald Dahl's The Witches infamously changes the ending from the original book so at the end the protagonist is returned to human form, rather than the book's bittersweet ending of him being permanently stuck as a mouse with a much-reduced lifespan. Roald Dahl purportedly objected to this change so much that he stood outside cinemas with a loudspeaker urging people not to see the film, although this particular story has always seemed likely to be an urban legend to me given that Dahl died of cancer six months after the film's release. (This article says that he threatened to start a publicity campaign against the film, but was persuaded not to by Jim Henson, which seems more likely to me.) 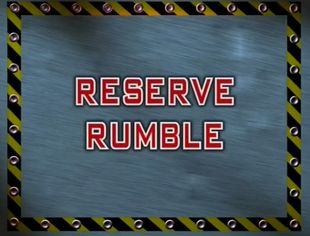 "Good grief," I hear you exclaim (I have a very powerful sense of hearing). "Edit Wars Eleven? He hasn't seriously found something else worth going on about, has he?"

Well, no, because what I'm actually going to do is go on about the show's inconsistent attitude towards reserve robots - ones which were not initially selected to compete, but were pulled from the substitutes' bench when another entry was forced to retire.

Read more »
Posted by Christopher Wickham on June 02, 2019 No comments: