Update! (Inserted at the top of the article for reasons of importance.) Since writing this piece some 15 months ago, I have since discovered that some of the sources I used for it were based on garbled information about the filming of Series 3; although More Panda Monium was dropped during filming, that was an entirely separate incident to the one that resulted in injury (which happened when the robot activated without warning), and the name of the robot involved is not known. See this page on the Robot Wars Wiki for more information. 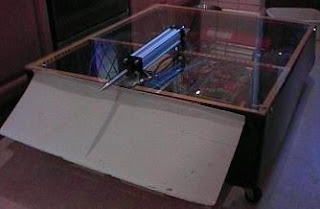 A kind-of, sort-of appendix to the Edit Wars series of articles, here, and specifically the fourth one. (The series has long ago stopped being about actual edits and more about stuff that happened backstage that wasn't mentioned on the show for obvious reasons, but there's not really a snappy title for that.)

As already covered there: there was a serious health and safety incident during the filming of the third series of Robot Wars, where a robot (by the name of More Panda Monium and pictured above, incidentally) malfunctioned in the pits and put its weapon through someone's foot, leading to some of the filming being shortened or cancelled outright because of the resulting health and safety investigation.

Now, in the same series, and also covered in that article, Pussycat was disqualified for using an illegal hardened steel blade that shattered on the arena wall. Were those two facts connected? If the first incident hadn't occurred, might Pussycat have been allowed to go through? Did the impaling lead to an immediate, much stronger enforcement of the health and safety rules?

There are only so many actors in the world, and it is therefore quite likely that sooner or later, any long-running TV show will begin to reuse the same ones in different roles. Paul Barber has had five different  guest spots in Casualty over twenty years, for example. But this article isn't about him, it's about Doctor Who.

The 2005 revival frequently featured actors who'd appeared in the original 1963-89 run, the first such example being William Thomas, who appeared in a small role in part 2 of Remembrance of the Daleks in 1988 before getting killed off in the pre-titles sequence to 2005's "Boom Town". He then went on to play the recurring role of Gwen Cooper's father in the 2006-11 spin-off series Torchwood. However, until the tenth series of the revival in 2017, it was uncommon for the show to reuse actors who'd already appeared in another episode of the revival (excepting very minor roles and people in monster costumes). Then Jennifer Hennessy, previously Valerie in 2007's "Gridlock", showed up in two episodes as Bill's foster mum, Moira, and Joseph Long - who turned in a heartbreakingly good performance as Mr Colasanto in 2008's "Turn Left" - played the Pope in the rather less-good "Extremis".

So, continuing on this theme, here are some particularly notable repeat performances in the show's 54-year history...

Would I Redesign Sets to You? 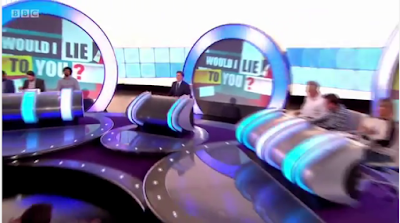 Welcome to the official Ludicrously Niche examination of the set design for the BBC One panel game Would I Lie to You? If you have literally anything else to do with your time, now would be an excellent moment to go and do it. 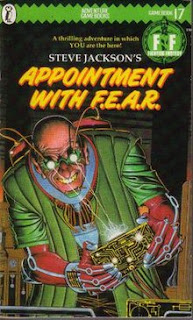 Right, there's been altogether too many negative articles criticising gamebooks for being broken on this blog of late, when the truth is that I love adventure gamebooks. So, in a bid to redress the balance, here's the first of an occasional series where I pick out a gamebook I particularly like and gush about it a bit. You may be able to guess by the title of this post and the picture above which one is first up.