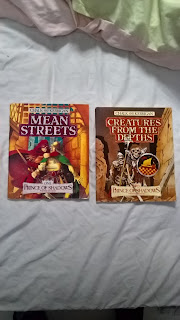 Gary Chalk collaborated with Joe Dever on the first eight titles in the Lone Wolf series, but then the partnership broke up. One of the results of this was Chalk's next project, the short-lived Prince of Shadows gamebook series, which lasted for just two titles released in 1988 and 1989, “Mean Streets” and “Creatures from the Depths”. Beyond having the same illustrator, the two books have a rather similar feel in their premise, worldbuilding and rules… in fact, you have to wonder if Dever wasn’t tempted to call his lawyer at any point. One way in which these books were very different, however, was their size and internal format. Permit me to demonstrate the former point: 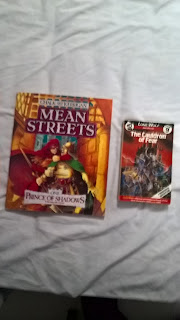 So, what are they like inside? Ask that question not a moment longer, as here’s a blog post that’s going to tell you all about them.
Read more »
Posted by Christopher Wickham on August 27, 2017 1 comment:

Scenes From the Dwarf 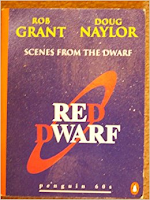 The Penguin 60s range, as published at some point in the mid-late nineties, was a series of pocket-sized books about various subjects. The range included cookbooks, retellings of ancient myths and, in this case, a selection of Red Dwarf script extracts, billed in Grant Naylor’s introduction as “the least unmemorable scenes”, and also containing material cut from the broadcast versions. We were still a good few years away from actually getting to see the deleted scenes through the magic of DVD, so this was definitely the book's biggest attraction when first published. As part of my continuing commitment to write about things that are of interest literally to me and me alone, here is an analysis of the book’s contents.
Read more »
Posted by Christopher Wickham on August 20, 2017 No comments:

Posted by Christopher Wickham on August 13, 2017 No comments:

Email ThisBlogThis!Share to TwitterShare to FacebookShare to Pinterest
Labels: doctor who, politics 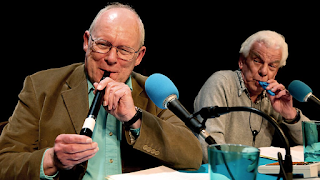 Here’s one of the great baffling questions of radio comedy: Why has there never been an I’m Sorry I Haven’t a Clue compilation release, made up purely of the very best examples of One Song to the Tune of Another?

Just to prove such a release would work, I have come up with my own tracklist for it, consisting of my favourite examples from the show:
Read more »
Posted by Christopher Wickham on August 06, 2017 No comments: