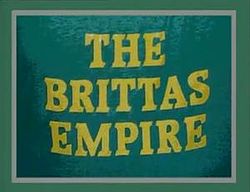 The Brittas Empire ran for seven series on BBC One between 1991 and 1997, all of which were later released on DVD, alongside a limited amount of bonus content. And what they chose, and didn't choose, to include as special features is a bit odd.

Read more »
Posted by Christopher Wickham on November 25, 2018 No comments:

The BBC Does Not Have Adverts But Some Programmes It Airs Originally Did: A Case Study 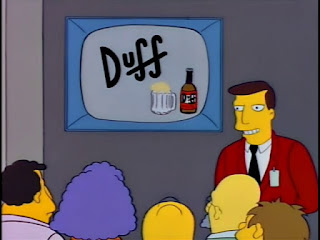 The BBC occasionally buys programming from other countries. And those programmes were probably originally made for channels with commercial breaks... which the BBC, as established in the rather eccentric title of this post, don't have. The solution was generally to edit out the fades or cuts to black where the adverts would originally go. But sometimes things would be a bit more complicated than that. What if the programme had something designed to lead in to an advert break - such as a cliffhanger, or a bit of leaning on the fourth wall acknowledging the gap? The Simpsons, which the BBC aired the first 11 seasons of between 1996 and 2004, is a good test subject for this, so let's take a look at what got cut. 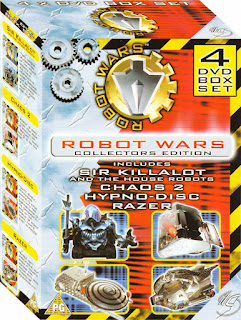 A few months ago, in Edit Wars #5, I postulated that the original series of Robot Wars would be an excellent show to release on DVD because of all the lovely potential bonus content. So why not imagine what such content could look like with a series of fantasy DVD listings?

Read more »
Posted by Christopher Wickham on November 11, 2018 No comments: 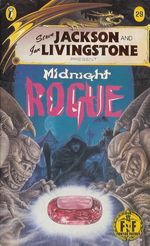 Midnight Rogue, the twenty-ninth entry in the Fighting Fantasy series, is an entertaining change from the norm: you play an apprentice in the Thieves' Guild of Port Blacksand, and to be granted full membership of the guild, you must locate and steal a priceless gem known as the Eye of the Basilisk. It's a fun, punchy adventure with a unique plot, and also tries a few gameplay innovations not often seen in FF books; nothing groundbreaking, but I'm certainly glad it exists.

Right, that's that out of the way, let's errata the hell out of this thing. MASSIVE SPOILERS below the jump break, for the wary.

Read more »
Posted by Christopher Wickham on November 04, 2018 No comments: