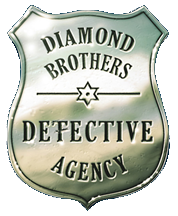 We already have one ongoing Diamond Brothers mystery on the blog, so let's add a second one. In 2007, a new entry in the series, the novella The Greek Who Stole Christmas was published...

So what's all this, then? A new four-part mystery read by Harry Enfield (according to the listing of part 2), aired as part of a Radio 4 childrens' show, of the same name... in 2002? Was it originally a Diamond Brothers story, or was it rewritten to include them? (I suspect the latter, as this would explain why its title isn't parodying a crime movie like all the other books in the series are.)

There is a precedent for this - Horowitz's Power of Five series was an updated rewrite of Pentagram, a series he originally wrote in the eighties. (Note that Pentagram only had four books written and for some reason the fifth was never published, meaning the finale of PoF had no counterpart in the original series.) Still, if anyone happened to hear the original broadcasts of these and could contribute more information, I'd be grateful...

There are plenty of other interesting things you can find out by searching for Horowitz's name on the Genome; a Radio 3 play in 1985 and a fully-dramatised adaptation of Groosham Grange for Radio 5 Live in 1992, for example.
Posted by Christopher Wickham on September 30, 2018 No comments: 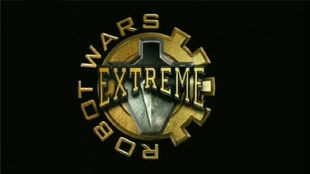 As mentioned previously in one of these articles, in 2001, not one but two series of Robot Wars were filmed: the regular series, and Extreme, a series featuring a variety of different mini-tournaments, as well as all the roboteers being told to act like jerks and a blatantly faked case of a roboteer pretending to sabotage his opponent's machine, in an apparent homage to the artifical nature of pro wrestling. But it's the filming dates we're interested in here.

Read more »
Posted by Christopher Wickham on September 23, 2018 No comments:

Have I Got Major Political Upheaval for You 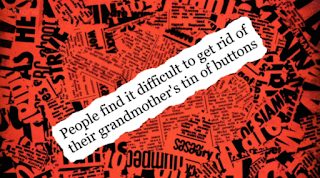 28 September 1990: The first ever episode of Have I Got News for You is broadcast on BBC Two.
28 November 1990: Margaret Thatcher leaves office, twelve days after the first series of HIGNFY has finished its run. The show's official board game later invites fans to "draw their own conclusions".

Email ThisBlogThis!Share to TwitterShare to FacebookShare to Pinterest
Labels: have i got news for you, politics 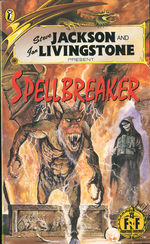 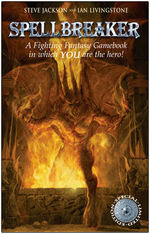 Here're two curious ones, and no mistake. These two Fighting Fantasy books were both written by Jonathan Green, and both published by Puffin towards the end of the original series' life. They're also agreed to be two of the more challenging entries in the series, not least because of the large number of extremely difficult combats they both contain. Green is one of the few non-Jackson/Livingstone authors to have had his books reprinted by Wizard for the revived series, and these books were felt to be so difficult that a few changes were made to them in an attempt to make them easier, principally in reducing the stats for some of the enemies you face. However, in doing so, a few new errors are introduced! 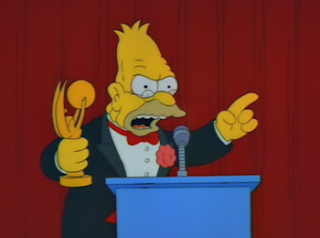 This is something we touched on in an article a few weeks ago, but I might as well expand on it. Back in the 90s, the producers of The Simpsons had to produce 25 episodes a year, and that was proving a difficult quota to meet. The solution was various 'extra' episodes that weren't worked on by the usual production team, and here's a list of them all.