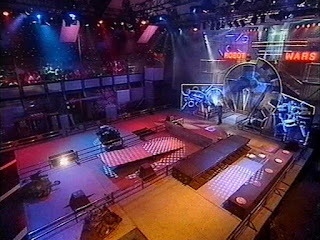 For the first two series of Robot Wars, the robots didn't just to go to war. In fact they didn't get to that point until halfway through the show. The first two rounds were always a trial of some kind. Round 1 was always the Gauntlet, an assault course with a selection of different routes, and then the second round would change every week. In Series 3, the main competition was changed to be all combat, but the more popular/interesting trials were retained as sideshows. There was a bit of a kerfuffle that led to filming on some of these being shortened or cancelled, but they stayed on for Series 4 more successfully... but then, Series 5 was filmed alongside the 'Extreme' series, and there wasn't time for any of the trials.

Here, then, is a listing of all the trials you might expect to encounter had you entered Robot Wars in the twentieth century, in order of appearance.

Read more »
Posted by Christopher Wickham on August 26, 2018 No comments:

Another 20 of the Best Fighting Fantasy Deaths 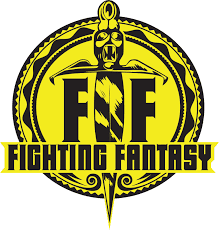 Back in January 2017, one of the very first pieces I ever posted to the blog was a list of my favourite ways to get killed in a Fighting Fantasy gamebook. That's one of the more popular posts on the blog, and there were plenty of gruesome demises that sadly went unused (not to mention that since posting it I've managed to track down a copy of Knights of Doom). So, time for another 20 of the best, I reckon!

Read more »
Posted by Christopher Wickham on August 19, 2018 No comments: 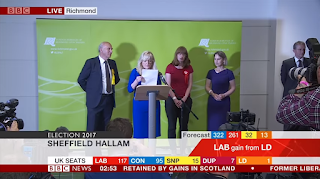 One of the most dramatic moments of the UK's 2017 General Election was the unseating of former Deputy PM Nick Clegg in Sheffield Hallam. In an almost poetic moment, just minutes later his former deputy Vince Cable, defeated in 2015, regains his Twickenham seat.

The BBC's coverage of this moment is one of unintentional beauty: fading from Clegg's speech to the declaration at Cable's count, and accompanied by Dimbleby's sage commentary: "One goes down, and as one goes down, the other one comes up".

Sky News allow Clegg to get to the end of his speech without cutting away, but seemingly didn't get the memo about the Twickenham declaration, as Cable's return is reduced to a chyron whilst they're looking at some not terribly helpful live feeds from the Islington and Maidenhead counts. (I also find it amusing how Sky feel the need to highlight anyone you've ever heard of holding their seat, no matter how safe, but I guess they're going for a more niche audience than the BBC.) 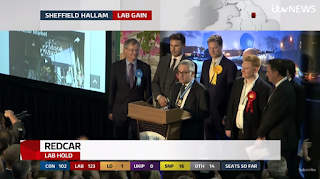 ITV do something similar. The presenters seem to be talking about something completely different over the live feed of the Hallam declaration, and say there is a "rumour" Clegg has lost his seat and they're not sure if he's going to make it back whilst the Labour candidate is giving his victory speech, but this is ITV's own stream and the picture and sound hopelessly out of sync. They do then proceed to talk to David Davis, though, which is never a good idea, and don't mention Twickenham at all. A lovely bit of poetry, but only the BBC really manage to capture it. (It could have been even more poetic - in 2015 only about 15 minutes separated their two declarations, which were vice-versa on that occasion.)


Posted by Christopher Wickham on August 12, 2018 No comments:

It's All Greek to Me 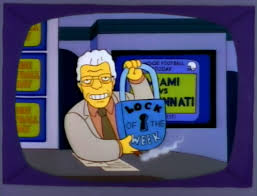 Time for another quick Simpsons mystery. So quick, in fact, there's not going to be a jump break in this article.

The Simpsons episode "Lisa the Greek" involves Lisa predicting the results of football matches Homer is gambling on, culminating in the Super Bowl. The episode originally aired in 1992, and the teams and stadiums involved in the episode were the same as that year's actual Super Bowl. The episode was repeated on Fox in 1993 and 1994, and on both occasions the episode was redubbed to match the Super Bowl for that year. See the Ambiguities Guide on The Simpsons Archive for full details, and also the DVD Companion for extra details on the 1994 airing.

According to showrunner Al Jean on the DVD commentary, the episode was also redubbed for the 1995 Super Bowl, with the San Francisco 49'ers and San Diego Chargers as the teams (and presumably the Joe Robbie Stadium, plus a change in reference to which state happy fans would be looting and turning over cars in). This would be very odd if so, as the episode was not repeated in 1995. Its final Fox broadcast was in September 1994.

This gives us two possibilities:

Jean claims in the commentary it was only a week or so before the episode went to air; so either he is mixing this up with the '93 or '94 redubbing, or the planned repeat was cancelled, or maybe even there was some error in communication between the network and the producers and the episode was redubbed even though it wasn't going to be rerun. If the redubbing did occur but was never used, it would be nice for it to be released along with the '94 version, but unfortunately Simpsons DVDs are historically quite bad with including alternate versions.

(A final note. Even on the original version, the lip sync is off on any occasion that names the teams, as when the episode was animated it wasn't known who would be in the 1992 Super Bowl. It seems that the original version may have had the Minnesota Vikings as one of the teams. If that version was recorded as well, there could be as many as five different versions of this episode...)
Posted by Christopher Wickham on August 05, 2018 No comments: