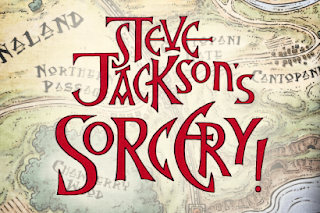 Well, I have finally played Inkle's video game adaptation of Steve Jackson's Sorcery!, a four-volume spinoff of Fighting Fantasy aimed at older readers originally published in the mid-80s and updated, revised and expanded as iOS games released between 2013 and 2015. And let me tell you, they are seriously impressive. They look gorgeous, they play well, they capture the feeling of the originals, they add so much to the original story and display a huge amount of ambition. Each game works as a standalone but you can also carry over your saved game to the next volume via the magic of clouds and local saves. Highly recommended.

As you might expect if you've read anything else this blog has ever done about gamebooks, the thing that intrigued me most is the changes that have been made from the previous books. The first game, The Shamutanti Hills, is a straight adaptation of the original book with virtually nothing changed. When we hit the second game, though, that's where things get interesting. I've highlighted some of the more interesting changes here. SPOILERS follow, obviously.

(NB: I would quite like to compare these games to my Broken Gamebooks article for the original books and see what was fixed. Unfortunately these games are BLOODY MASSIVE and, at time of writing, I still haven't seen an awful lot of them and can't comment on if some of the errors have been fixed.)

Read more »
Posted by Christopher Wickham on January 28, 2018 No comments:

"I Have Kind of a Short Running Time, Which Some Find Charming" 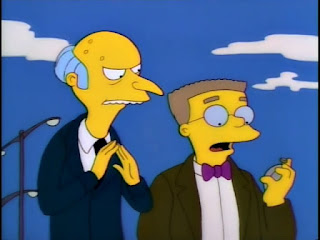 It is a fact that a television programme has to meet a set running time, and sometimes it falls short, and one of those programmes is The Simpsons, leading to the astonishingly obscure quote reference in the title of this article. But what to do if you just can't get the programme up to its requisite 22 minutes? There are three main methods of padding the episode out I've identified, which I will now outline for you.

Read more »
Posted by Christopher Wickham on January 21, 2018 No comments: 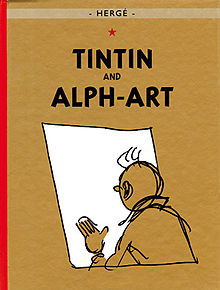 In March 1983, Georges Prosper Remi, better known as Hergé, died, leaving the final volume of The Adventures of Tintin, Tintin and Alph-Art, unpublished.

Although there have been many unlicensed attempts to finish the incomplete work over the decades (after Hergé's widow withdrew permission for his colleague Bob de Moor to finish it), there have also been several releases of what was done - which was outlines and sketches only.

There have been two UK releases of the unfinished adventure: the 1990 Casterman edition, and the 2004 Egmont edition. The Casterman edition either splits the book in two, with one half having the sketches and the other half a transcription of the text (as was done for the original Belgian edition), or has a separate supplementary booklet with the English translation which was expensive to produce and caused it to be discontinued. I can see evidence for both existing and I'm not entirely sure which is right; maybe the booklet version was discontinued and replaced with the one with the transcription included?

The Egmont version, however, goes for a rather different approach, in doing so bringing it up to the same page count and format as the other albums. And I'm not sure it's one which satisifies anyone. Take a look: 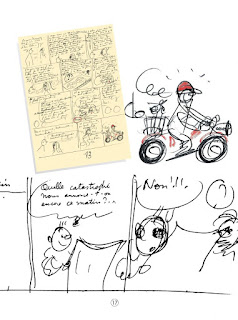 Surely it'd have been nice to have a full-page version of the sketched page? To be fair, the very first pages, which are more detailed, are in full-page format... but even so, the original version sounds much nicer than this one. A lot of Egmont's edition is tiny pictures of the sketched pages accompanied by a text translation and inexplicable giant versions of certain sketches.

So what is the happy medium here? I really want the full versions of the sketched pages, so I'd go for whichever version Casterman published. If you want a 'readalong' English translation, the obvious solution would seem to be a version with the original sketch on one page and a transcript on the other... but that would probably be prohibitively expensive. It's a tricky one, and it's likely that no viable solution would please everyone. But there's got to be something better than what Egmont did?

Anyway, there's something a bit different to the norm. I'll be back with something about Robot Wars next week, don't worry.


Posted by Christopher Wickham on January 14, 2018 No comments:

Email ThisBlogThis!Share to TwitterShare to FacebookShare to Pinterest
Labels: tintin 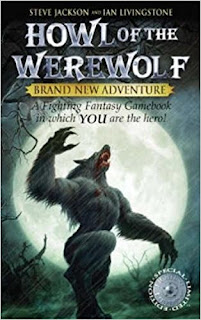 For the second in my occasional Say Something Nice About A Gamebook series, I've gone to 2007. Wizard Books had relaunched the Fighting Fantasy series about five years ago, and Howl of the Werewolf by Jonathan Green was the twenty-ninth and final title in the first series of reissues. It was only the third completely original title they'd published, and it was a revelation.

Read more »
Posted by Christopher Wickham on January 07, 2018 No comments:

On January 7 2015, the offices of French satirical magazine Charlie Hebdo were attacked by two gunmen, killing 12 people and injuring 11 others.

Four days later, on January 11 2015, a new episode of The Simpsons, "Bart's New Friend", airs in the US. The following image was added, between the last scene with Homer and Marge and the "stinger" before the closing credits: 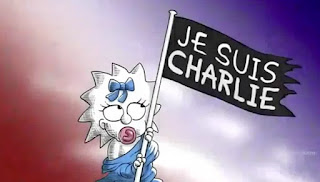 (The broadcast version was slightly animated, so go here for the full experience.) The episode is aired in the UK for the first time, and is viewed by your intrepid blog writer, by Sky One on March 8. The Charlie Hebdo tribute is not seen. "Well," I thought. "It was obviously a last-minute inclusion, Sky must have just been given an earlier copy without the clip."

However, another awful thing happens in the world in 2017, and it's again referenced by The Simpsons... and this time what happens is a little more complicated.

Read more »
Posted by Christopher Wickham on January 05, 2018 No comments: