Earlier this month, I went looking for an obscure television series. In fact, it was so obscure, I wasn't absolutely certain it existed. Thanks to the excellent Steve Williams, who dug out his old Radio Times, we now at the very least have definitive proof that it did: 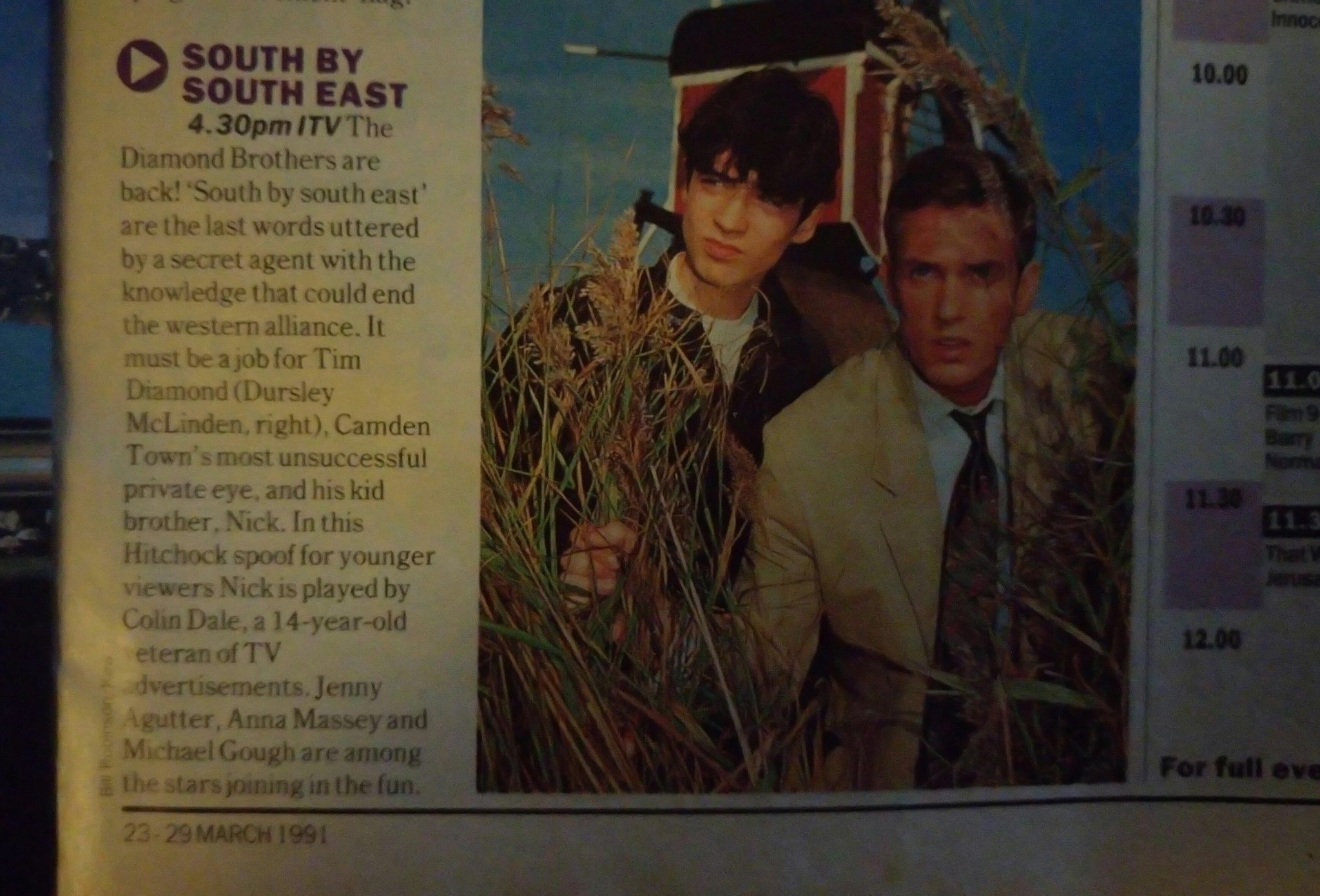 Steve also uploaded the mag's brief interview with Anna Massey and the original listing, which makes him even more excellent than previously described.

So, we can rule out the possibility that the whole thing was some kind of elaborate hoax. And we also now know that the series was indeed part of CITV, which probably goes some way to explaining why it never got any kind of home video release - it would be fair to say that live-action children's TV of the nineties is not very well represented in that regard, especially ITV stuff. Take, for example, Woof!, which ran for nine series and sixty-nine episodes between 1989 and 1997, which has never seen a Region 2 DVD release at all (only some edited Region 1 DVDs, according to Wiki), and perhaps the biggest hitter of all, Knightmare, is also totally unrepresented. With Nick and Tim just having a one-off series, it's not surprising they've never seen the light of day, even given Horowitz's subsequent success.

But still. Surely someone, somewhere, must have an off-air copy of at least one episode of this, or even just a clip? The other shows I've mentioned above are quite well-represented on YouTube, after all... although the fact that the Brothers Diamond were apparently never repeated after the original 1991 broadcast may work against them.

We also have the other unsolved mysteries from the original article:
Another curious thing is that the series seems to have aired with incredibly close proximity to the release of the book it's based on. South by South East was published on 14 March 1991, and if IMDB is to be believed the adaptation began just 12 days later. Horowitz is also listed as the director, but he has no other directorial credits at all (before or after), which seems odd (if IMDB is correct then Stephen Bayly, who directed Just Ask for Diamond, was an executive producer on the series).

But we can say, with complete certainty, that the television adaptation of South by South East did exist. Hurrah!
Posted by Christopher Wickham on December 28, 2017