Back in December I first published the game of Momentum or Maomentum?, in which I found various quotes on Twitter and challenged readers of this blog to sort the thoughts of genuine Jeremy Corbyn supporters from satirical piss-takes of those supporters.

I’ve updated that post a few times since then, but last night’s by-election has given me plenty of new material, so here’s a special Copeland Edition. Answers follow at the bottom of the page.
Read more »
Posted by Christopher Wickham on February 24, 2017 No comments:

Freddi Fish and the Case of the Curious Cutscene

WARNING: You are about to read an article about a 23-year-old computer game aimed at small children that was written by a grown man in full-time employment. 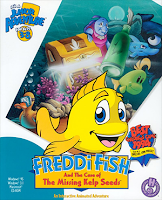 Freddi Fish and the Case of the Missing Kelp Seeds, released in 1994, is one of the earliest games released by Humongous Entertainment, which across the nineties and a bit of the early noughties cornered the market in ‘edutainment’ point-and-click games for young children. I still have my childhood copy of the original 1994 version, it rather surprisingly still plays on my computer, and there’s something rather interesting hidden in the game’s coding that I was compelled to write a blog post about when I found out about it recently.
Read more »
Posted by Christopher Wickham on February 23, 2017 2 comments:

Doctor Who on the BBC: The Wilderness Years 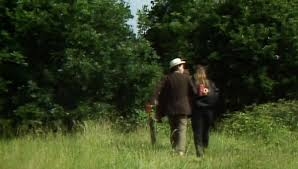 Now, you’re probably aware of the existence of a large number of officially licensed audio dramas and novels that helped to keep the fans going during that long hiatus. But although I love Big Finish, and I also thought Festival of Death was quite good, they’re quite niche things. For the purposes of this article I’m interested in the number of times the casual BBC viewer could have turned on their TV or radio and seen or heard from a show that was supposedly dead and buried, on the flagship channels (so no repeats on Gold or anything like that either). As with several previous endeavours on this blog, all dates have been taken from BBC Genome, and assorted other information gleaned from elsewhere. Away we go! 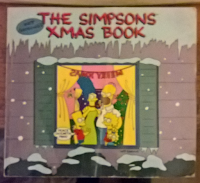 The Simpsons Xmas Book was released in November 1990, and is a rather interesting addition to any collection of Simpsons merchandise. It is the first ever official book based on the series to be released, and it is the only time one of the television episodes was adapted for print format. As you may have guessed, the episode it adapted was “Simpsons Roasting on an Open Fire”, the very first full-length outing for Our Favourite Family. It translates the episode into a storybook format, using a mixture of stage direction-like prose, quotes and stills from the episode with speech bubbles added. The overall effect is somewhere between a novelisation and a scriptbook. Some pictures probably get the idea across better than that (click for bigger versions, and also to see more of my disgusting keyboard due to the extremely unprofessional nature of these photos): 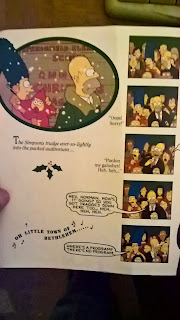 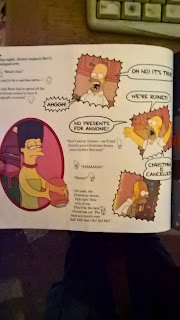 But – and this is the interesting bit, or at least the reason I’ve written this article – the episode itself and the book don’t quite match up. There are a couple of bits in the book that aren’t in the original episode, and vice versa. So why not list them all? (The version I have is the 1991 UK paperback version. There was also the original US hardback version from November 1990, which is also very common in the UK due to how widely it was distributed, and a paperback US reissue in 1992; I doubt there are any differences between the three, though.)
Read more »
Posted by Christopher Wickham on February 12, 2017 2 comments:

The Simpsons: Too Hot for UK TV

It must be said that The Simpsons often seems to be treated like a childrens’ programme by UK television… and over the years, that’s created a fair few problems. There are hundreds of examples of censorship cuts by the BBC, Sky and Channel 4, and listing them all… is probably a bit beyond me. But one thing I can do (hopefully comprehensively) is list all the times that the entire episode was a problem. There’s yet to be a case of an episode being entirely banned in the UK, thankfully, but many were either delayed or only allowed to air after the 9pm watershed (which, in practise, means they’re seen very rarely). This article provides a list of every episode that was affected for reasons of inappropriate content; see also my earlier piece The Simpsons on the BBC: A Ludicrously Comprehensive Timeline, which contains a few other items of interest.

Read more »
Posted by Christopher Wickham on February 09, 2017 No comments: 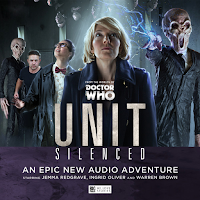 Big Finish Productions are a company best known for making audio dramas, most of which are based on licensed properties. They’ve done works based on The Avengers, Dan Dare, Dark Shadows, The Prisoner and Survivors to name but a few, but they’re probably best known for their Doctor Who line. Until recently this was limited to the original 1963-89 run (commonly referred to as the ‘classic series’) as well as most of the 1996 TV movie starring Paul McGann, but about two years ago this changed with the announcement of their first releases featuring characters and concepts from the series’ 2005 relaunch. This first series was UNIT: The New Series, starring Jemma Redgrave and Ingrid Oliver as Kate Stewart and Petronella Osgood (recurring characters in the eras of Matt Smith and Peter Capaldi’s Doctors), and it’s the third boxset, UNIT: Silenced (released in November 2016), that’s under discussion today.

Read more »
Posted by Christopher Wickham on February 07, 2017 No comments:

Email ThisBlogThis!Share to TwitterShare to FacebookShare to Pinterest
Labels: doctor who, politics, reviews

For you see, on Network's DVD release of the series (I believe this was the 2007 issue for the 40th anniversary of the series), that caption isn't there. It's replaced by one that says "Directed by Don Chaffey" (meaning that the DVD's version of the episode has no credited writer at all). The picture at the top of this article, correctly crediting McGoohan as the writer and director of the episode, is taken from a copy of the episode on YouTube, but I don't know its source.

For the record, Chaffey was the series' key director; "Once Upon a Time" was the sixth episode in production order, and Chaffey had directed four of the five episodes produced beforehand. According to McGoohan, there were only seven episodes of the show that 'really counted', and all of Chaffey's episodes were among that number. But unless every single source on the series I've checked is wrong (which includes about half a dozen different books and several websites), and that first picture is also somehow wrong, he didn't direct this one.

I have several questions about this, which are as follows:
So, once again, if you have any way of knowing what's going on, please do get in touch.


Posted by Christopher Wickham on February 02, 2017 No comments: