There are three major things to cover here. I'll get the easy one out of the way first - if you have a Puffin edition of this book, then section 120 directs you to 223, when it should be 233. This particular error was fixed for the Wizard reprint in 2004.

Read more »
Posted by Christopher Wickham on January 27, 2019 No comments:

"In Some Ways, You and I Are Very Different Edits" 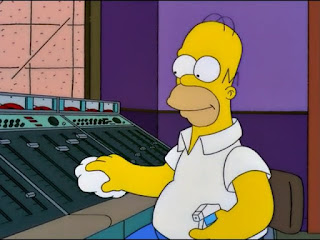 It is often the case that there will not be one definitive version of a television show. The episode might change between broadcasts; maybe there was a complaint about the content, leading the powers to be to edit out the offending material, or even change it completely. This is obviously more common in animated shows where it's easier to change the content, and The Simpsons is an obvious example.

The DVD Companion at The Simpsons Archive is a good, uh, companion for this sort of thing. But here's the interesting thing, and the point of this article: in the UK, America's favourite family is broadcast on two different channels. Sky 1 has been the digital broadcaster since 1990, whilst the terrestrial channel of choice was the BBC from 1997 until 2004, and then Channel 4 from 2004 to the present day. And sometimes, when there are two different versions of an episode, the digital and terrestrial broadcaster will be given different copies!

Here's a list of all the known cases of that happening.

Read more »
Posted by Christopher Wickham on January 20, 2019 No comments: 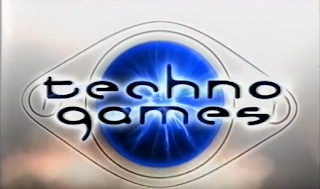 Not really enough has been written about Techno Games, a Robot Wars spin-off - effectively the Robotic Olympics - which ran for four series on BBC Two between 2000 and 2003. It was stripped across weekdays, which helped with the comparisons to the Humanoid Olympics rather better than if it had been weekly (as did the commentary from Olympic commentator Barry Davies), and a lot of the events were broadcast live, which was quite brave given all the things that could possibly go wrong (especially in the Swimming event!) It's probably fair to say it's not as fondly remembered as RW, but if you're not sure if you remember it or not, then see if Skeletron or Scuttle jog your memory.

Read more »
Posted by Christopher Wickham on January 13, 2019 No comments: 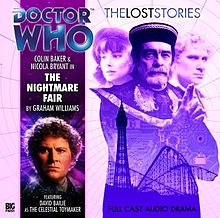 In February 1985, BBC One controller Michael Grade made the decision to put Doctor Who on hiatus. Initially thought to be an attempt to kill the show off for good, public outcry later forced him to reduce it to a delay of 18 months - rather than debut at the beginning of the year, as the show had been doing since Peter Davison became the Doctor, it would start in September. More drastic was the cut in runtime - the delayed season would run for just 14 25-minute episodes.

The 1985 season had seen a shift to 45-minute episodes (the show had previously been running twice-weekly on weeknights, and this year had also seen a return to the traditional Saturday nights), which the originally planned 1986 run would have retained. So late in the day was the postponement that pre-production had already begun, and it was roughly known what the lineup of the season would be, and work was well underway. With the hiatus and abbreviation of the season, the decision was made to throw out all work that had been done on the 1986 serials in favour of one over-arcing story, The Trial of a Time Lord. Here, then, is what Season 23 looked like in a parallel universe where the powers that be were slightly more favourable to the show...

Read more »
Posted by Christopher Wickham on January 06, 2019 No comments: