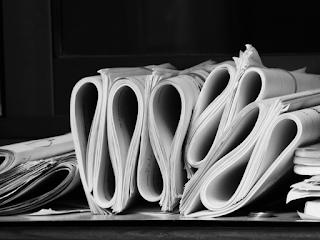 Bit stuck for things to blog about at the moment, I’m afraid. (There’s a couple of Doctor Who pieces I’d quite like to write, but I want to wait until some of the Series 10 reviews have been bumped off the front page first.) So, to fill time: as the blog is now seven months old and has over 50 posts to its name, I’ve picked out all the long read (or long-ish read, at any rate) articles that I think are particularly good and stuck them in one place for the interested.

Horror Classic Gamebooks: The very first post ever written for the blog, in which some adventure gamebooks from 1986 are reviewed.

Cretan Chronicles: The work of some students is ruthlessly mocked.
The Simpsons on the BBC – A Ludicrously Comprehensive Guide: Literally everything interesting about The Simpsons being broadcast on the BBC.
The Red Dwarf BBC Broadcasts Guide: Described as ‘lovely work’ by one of the co-founders of Ganymede & Titan, and ‘excellent’ by the show’s script editor.
Yes, We Know Who You Are: A history of fictional prime ministers in the Doctor Who universe.
The Signs of the Fourth: I review the entire run of the BBC’s flagship drama Sherlock, attempting to pinpoint the moment at which it became rubbish.
The 50 Best Fighting Fantasy Deaths: Amusing ways to die in fiction.
The Simpsons Xmas Book: A 26-year-old piece of TV tie-in merchandise is scrutinised.
Doctor Who on the BBC – The Wilderness Years: What happened to a television show on television in the years where it wasn’t on television.
Another Insane Objective: Star Wars and Doctor Who are compared in a slightly novel way.
Bender Than Life: An article so epic in scope it was broken up into two parts.
Edit Wars #4: Literally everything interesting about Robot Wars not covered by the three earlier articles in this series. (The others are much shorter, but probably still amongst the more genuinely interesting things I’ve written.)
It’s Only a Gamebook… Isn’t It?: A comprehensive guide to Knightmare tie-in fiction.
Sit in a Bottle: On bottle episodes of audience sitcoms.
The Robot Wars Poetry Collection: Self-explanatory.
Have I Got Radio Times Listings for You: The question “What can you learn about a show just by looking at 19 years of TV guide listings for it?” is conclusively answered.
Posted by Christopher Wickham on July 16, 2017